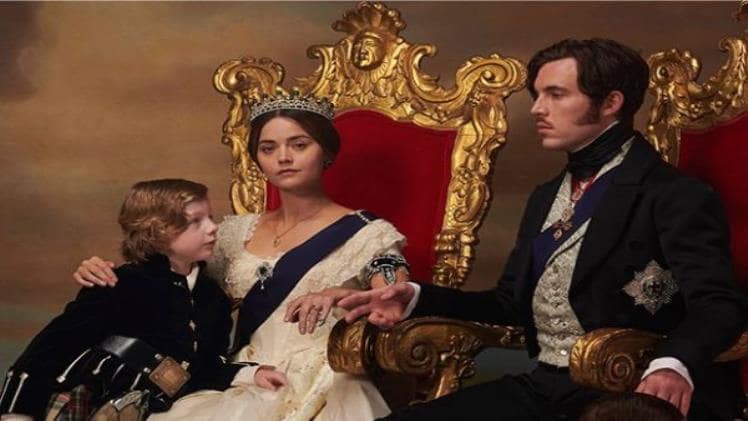 There’s nothing like the feeling of a good show that takes you to another world or immerses you in its story. Unfortunately, there are only a handful of shows that can do that and Bridgerton is one of them. If you haven’t watched it yet, this is the sign you were waiting for. If you have watched it, you must now be waiting on Season 3, which is in production.

There is no set date yet for the release of the third season and so, what can you do now besides wait? The answer is to enjoy more TV shows, just like Bridgerton! Thankfully, it’s not hard to find other shows like Bridgerton on the net. There are plenty of period dramas with high-society drama and passionate romance that will steal your heart.

To make things easier, we’ve made a list of such TV shows that you can binge-watch all day. Before you set to it right away, you should probably make sure to get a reliable internet connection so you don’t get interrupted due to bad service.

Sanditon is a show based on Jane Austen’s final yet unfinished novel. Those who have watched Bridgerton will recognize that the new show is just another, sexier version of Sanditon. The story follows a girl named Charlotte, who moves to Sanditon, a small village by the seaside, and meets a boy named Sidney. As any main couple in a period drama, Charlotte and Sidney do not get along and happen to clash immediately with each other.

Although the show was not very popular when it first aired (thanks to Bridgerton), it was still saved from being canceled. Fans of the new show renewed interest in this show making it one of the most ideal shows you could watch as a Bridgerton fan!

As the nature itself of the show suggests, you will see a lot of drama, scandals, rivalries, and romance among the characters. It may not be very similar to Bridgerton like Sanditon is, but it is still an interesting watch!

The Pursuit of Love

The Pursuit of Love is set in somewhat of a modern time as compared to Bridgerton. To be specific, it is in a time before World War II. This miniseries follows the two cousins and BFFs, Linda Radlett and Fanny Logan, and their pursuit of love. While both of them are practically opposites, they both manage to fantasize and drool over boys together. The show’s focus is not only on their love lives, rather it is also on their friendship and the political situation of that time.

This show is a lot less tame than Harlots and Bridgerton, however, it is not completely free of that passionate romance! And since it is a miniseries, it is only three episodes long, so it’s something you can enjoy like a movie.

If you like period drama mixed with steamy and passionate romance, Outlander is the show for you. This show is based on Diana Gabaldon’s novels and it first premiered in 2014. Ever since the first episode aired, fans have been hooked on the series! The story follows Claire Randall, a nurse in World War II, who travels back in time and meets a Scottish Highlander, Jamie Fraser.

As you can tell, the show does not only belong to the period drama genre, but it is also a sci-fi TV series. For those of you who enjoy a little mystery and a passionate love story, this drama should be on your list.

If you are looking for a dramatic love story with twists and turns, Poldark should be on your watch list. The story is about Captain Ross Poldark, who is a revolutionary war veteran, that was believed to have been dead until he returns home quite some time later. Upon his return, he finds that his girlfriend, now ex-girlfriend, is engaged to his cousin. Naturally, there is nothing that can be done at that point and the story continues as he finds new love.

As we said before, the series is full of drama and also has its share of sunsets on the beach while on horseback. You will undoubtedly see a whole lot of beaches and even a shirtless Aidan Quinn every now and then.

A miniseries adapted from the novel of the same name, Vanity Fair, written by William Makepeace Thackeray, is quite the entertainment. The story follows Becky Sharp, a poverty-stricken woman, who attempts to change her life and advance among the elites of society. As she fights her way to the top, doing everything she can possibly do, without considering what is and isn’t right for a woman, she stumbles upon love as she meets Captain Rawdon Crawley.

This show leans more toward the efforts of Becky, the leading woman in the show, rather than on the sex. But, it doesn’t mean that the show is not worth it at all!

There are many ways to keep yourself busy and occupied while you wait for the next season of Bridgerton. And who knows? You might find another show to add to your list of ‘Great TV shows to binge-watch’!

Another great feature of 9KMovies is its search bar, which is integrated into the homepage. Simply type the name of the movie you want to download into the search bar.